This would be a straightforward change if it is applied to a single seat race, but Ranked Choice Voting will take votes away from voters in multi-seat races.

What happens when we switch to Ranked Choice Voting when we are electing three candidates? Let’s head over to Platform 9¾ and board the Hogwarts Express to observe their election.

If Hogwarts elects three candidates to the Board of Wizards, using the system we use in Arlington, where voters can use three votes to fill three seats, a Hogwarts voter could choose up to three candidates. 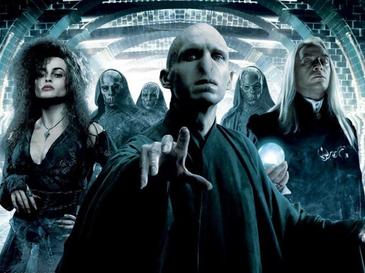 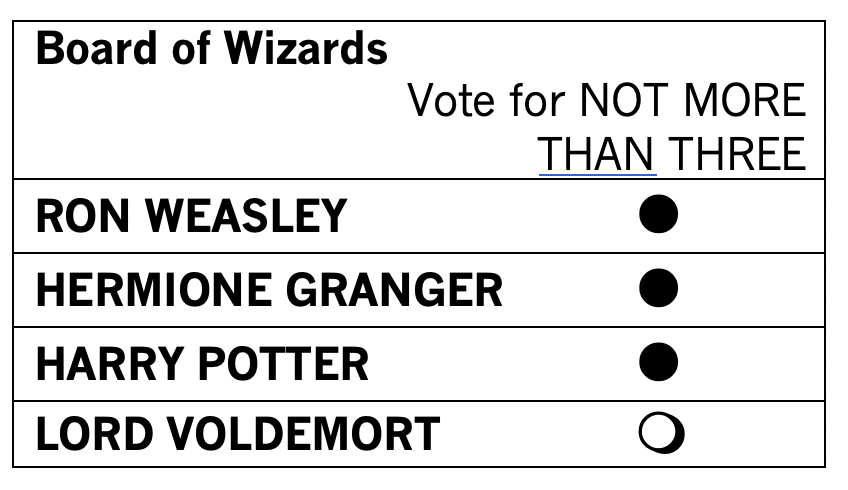 If Hogwards switches to a Ranked Choice Voting scheme for electing three candidates, Hogwarts voters would asked to rank their choices. While voters could rank up to five candidates, the ranking would award only one vote to one candidate. 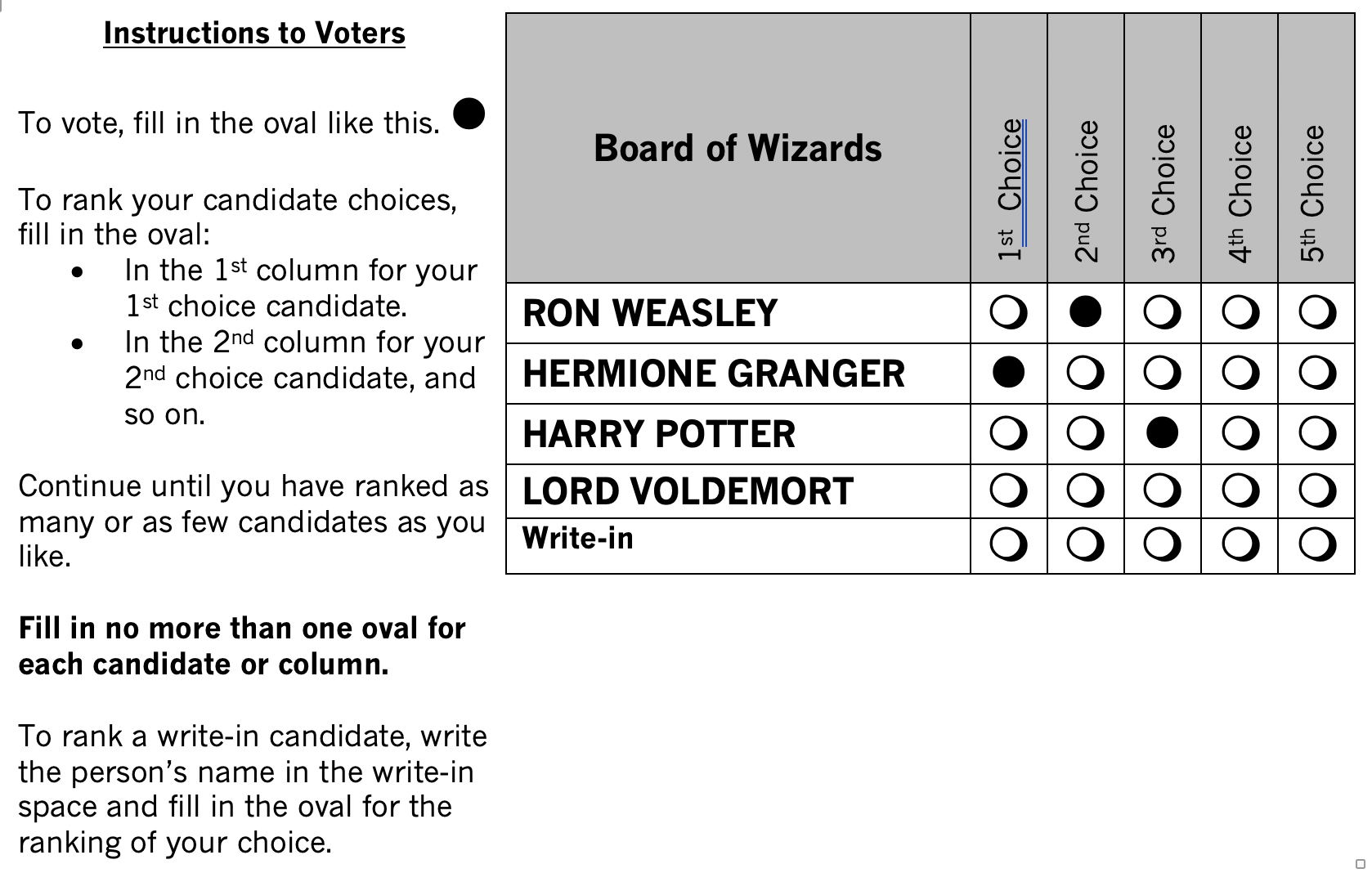 Why does this matter?
If Hogwarts has twice as many wizards as death eaters,  under our current voting system in a race to elect three candidates:

If Hogwarts has twice as many wizards as death eaters, under a Ranked Choice scheme applied to a race to elect three candidates:

Is this a good time to pass Article 26? After all, Arlington voters supported Question 2 - Ranked Choice Voters for state offices?

No. If anything, it's a bad time to adopt Article 26.
When Arlington voted to support Question 2, they were told the question would have no effect on local elections. Voters were also told "Ranked-choice voting would be used only in races where a single candidate is to be declared the winner and not in races where more than one person is to be elected."

Town Government has been locked down for the past year because of the COVID pandemic. The Annual Town Meeting will take place on Zoom. Article 26, as proposed, will make dramatic changes in the way we elect town officials, and it would move forward with a majority vote of Arlington's 252 member Representative Town Meeting. This dramatic change to our town elections could be advanced with the affirmative vote of only 127 Town Meeting Members!


If Town Meeting wants to move forward with Ranked Choice Voting, they should adopt amendments to exclude races where more than one person is to be elected, and to require the approval of the voters in a referendum before any change to our elections is approved.